The Health Benefits of Clove Oil 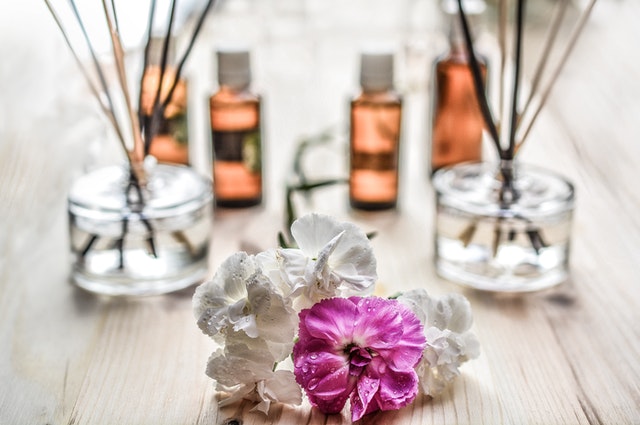 Clove oil is harvested from the flower buds of the clove tree. This type of essential is popularly used in aromatherapy because of its quality of pungent and sweet-spicy odor with notes of fruitiness. It can help ease symptoms of headaches, irritability, and nausea.

Other known cures include flu, colds, toothache, anti-inflammatory, bronchial congestion, and treats acne. However, in countries where it’s indigenous, freshly harvested cloves are also included in their daily diet.

Cloves are native in Asia, African, and the Middle East and commonly used as a spice to add spicy flavors like in curries and marinades. Because of the cloves’ aromatic and tangy qualities, it can make you warm inside, which is somewhat similar to what cinnamon does.

Evidence suggests that clove oil is in use since 1,000 CE somewhere in Sri Lanka. There were also archaeological finds of clove oil used in Syria dating back to 1,700 BCE. However, earliest records of clove used are found in ancient documents that state the trade of clove oil between the ancient Middle East and India. It was mentioned in the travel logs of Ibn Battuta (a Moroccan Scholar) and folk tales such as the Arabian Nights.

There was also a mention of clove being used to cure the plague during the Middle Ages. It was led some to believe that it is so because a band of robbers was not infected and still alive despite being exposed to the risk of bubonic plague. They said that they covered their entire body with what they call thieves oil, which includes a mixture of clove oil.

The clove tree or Syzygium Aromaticum belongs to the Myrtaceae genous. Trees that grow in the wild can reach up to thirty-nine feet, while those that are cultivated can approximately grow to twenty-six feet. The clove has a prominent large and bright red leaves. It is indigenous to countries like Indonesia, Pakistan, Sri Lanka, India, Bangladesh, Madagascar, and Tanzania.

The flower buds of the clove tree are not seasonal and can grow at any time of the year. Thus, clove oil is available all year round. The flower buds are harvested when they turn to crimson red with a tiny ball-shaped protrudes in the center. The strong aromatic feature of the clove is due to the high contents of acetyl eugenol, eugenol, and caryophyllene.

Other parts of the clove can also be used in making clove essential oil, but none is as strong as its flower buds.

Clove oil provides many benefits other than its aroma and culinary purposes. Extracted oil from the clove is rich in antioxidants and anti-inflammatory compounds, which comes in handy for remedies like toothache and headache. It’s also found to possess an anti-fungal and anti-microbial property that fights off fungal infections.

It is believed to soothe dental discomfort and helps maintain healthy gums. The eugenol content in clove essential oil kills harmful bacteria that are in your gums. In fact, you can find high levels of eugenol in dental products like toothpaste and mouthwash.

Clove oil is also useful in easing symptoms of digestive issues like bloating and constipation. Again, eugenol is the primary compound responsible for this beneficial effect. It’s also effective in treating motion sickness and hiccups.

There were also researches suggesting that eugenol may reduce the risk of ulcer, but so far studies are inconclusive and need more testing. Researchers say that eugenol improves the protective linings of the stomach, which prevents the development of digestive-related diseases.

Clove essential oil possesses potent amounts of antioxidants and anti-bacterial compounds that strengthen our defenses against viruses and harmful toxins.

It was found that the anti-bacterial property of clove has a significant effect in neutralizing E. coli and staph aureus (bacteria causing acne). It was also observed that it could fight off a pneumonia-causing virus called Pseudomonas Aeruginose.

Plankton cells and Staphylococcus are the bacteria’s that cause acne. It is suggested that applying a mixture of two teaspoons of raw honey and three droplets of clove oil onto your face after washing it with soap may prevent the development and treat acne.

It’s also believed that it may help in treating shingles, warts, and lighten scar blemishes. Also, it can help hydrate your skin and make it look radiant.

There is no conclusive evidence to support these claims. However, there are soap manufactures that have included clove oil in their ingredients. And there are no known potential health risks linked to its use. But it is advisable to consult a health professional or doctor before you incorporate them into your daily routine.

Clove oil is undoubtedly beneficial to health because of its rich antioxidant and anti-inflammatory properties.

It is potentially safe, and there is no known health risk attached to its usage. But remember essential oils, in general, could still cause minor to major side effects. Thus, I suggest that you talk to a licensed healthcare professional or health expert before incorporating this essential oil into your daily routine.